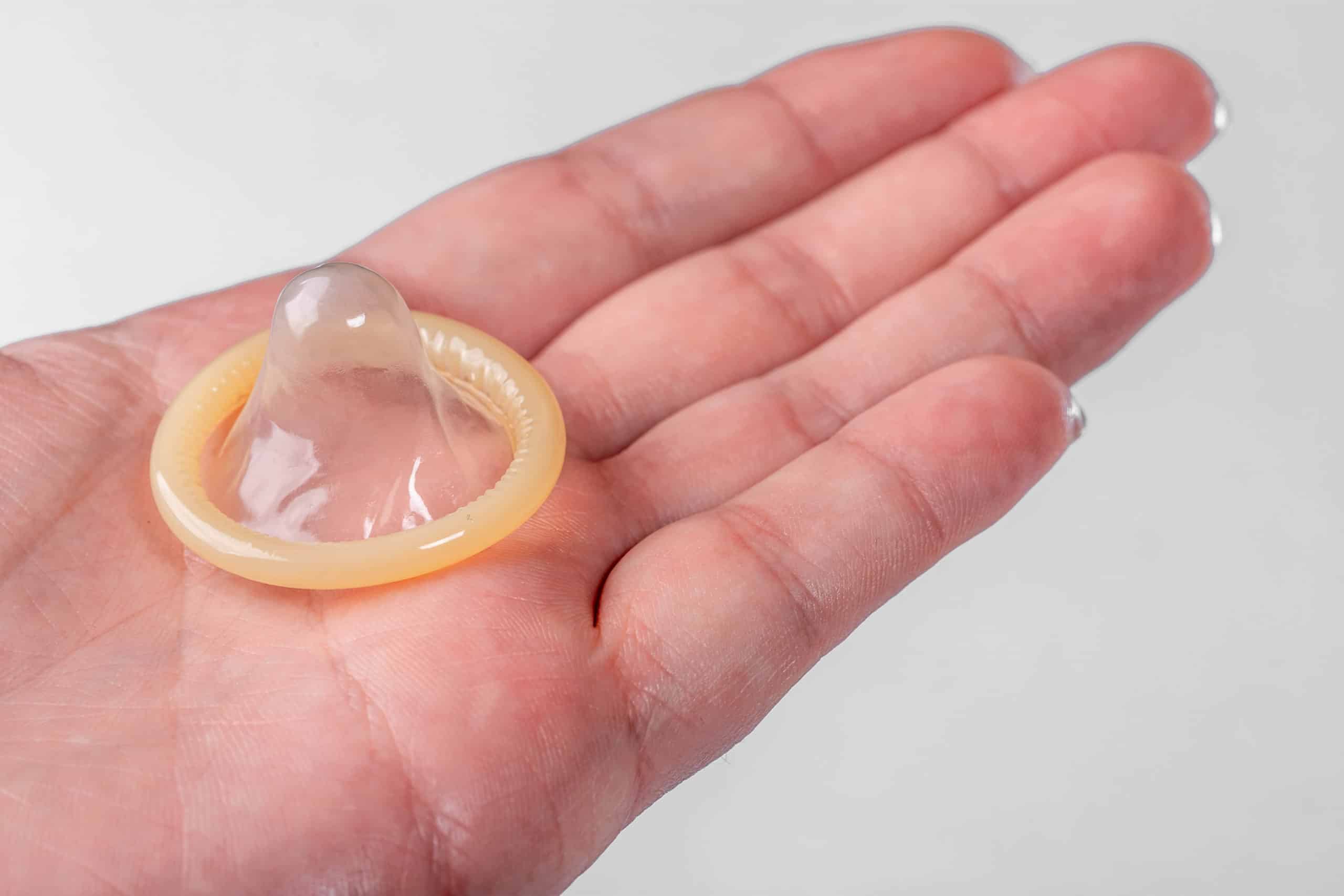 Since the initial coronavirus outbreak, we have been faced with many challenges. Many of us have lost their close ones, their jobs, their businesses, etc. and we had to learn that money is not worth anything if you do not have your health. But today we learn about yet another great challenge that we are about to face – a global condom shortage due to the coronavirus.

A global condom shortage happening due to coronavirus

Practicing safe, protected sex by using a condom is the best way to prevent unwanted pregnancy and potentially life-threatening sexually transmitted diseases (STDs). But how are we supposed to practice safe sex if there are no condoms left in the world? Are we looking at STD numbers increasing in the following months due to the global condom shortage? The answer to that question is, unfortunately, yes.

While the coronavirus has shut down many small businesses, restaurants, cafes, and shops, it has also put a lock on one of the biggest condom manufacturers – Malaysia’s Karex Bhd. Karex Bhd. is responsible for the production of one in every five condoms worldwide. Now, we are looking at a shortfall of 100 million condoms that has happened since the manufacturer has been forced to shut down its production.

But Malaysia’s Karex Bhd. is not the only large condom manufacturer that has been affected by the coronavirus and forced to put a stop on their production. One other major condom-producing country is China which has now become recognized as the first country ever hit by the new coronavirus since early December.

The good news is that the company has been permitted to restart its production again, although with only half of its workforce. This would be the solution to protect the workers and still supply the world with the needed amounts of condoms to protect our reproductive health.

However, for the people living in Africa where the number of new STD cases is constantly increasing, this temporary condom shortage will reflect negatively, causing even greater losses. If the rest of the world has to deal with a condom shortage for only two weeks to a month tops, things are not the same when it comes to Africa. In Africa, the condom shortage is expected to last up to a few months, which is scary and dangerous.

And a condom shortage could result in not only a rapid increase in STD cases but also in new coronavirus cases. If an unwanted pregnancy or an STD case is to happen, the people would have to go to the hospitals and ask for help – a place where we have all been advised to avoid except in major emergencies. Luckily, the Durex – one of the major brands, is offering their products online to help supply every one of us with the needed help to protect our reproductive health.

The center of efforts to decrease the incidence and prevalence of sexually transmitted diseases accounts for raising awareness of condom use. In Nigeria and neighboring countries, this has been a tricky endeavor as public stigma often prevents men and women from being open about their sex life. Purchasing a box of condoms isn’t such an easy task for many, but things are changing. The latest study explored and identified different reasons that gave confidence to Nigerian students to adopt healthier sex practices and use condoms. Below, you can learn more.

Attitudes about condom use

Condoms are widely promoted to encourage sexually active men and women to practice safe sex. This has become incredibly important for students i.e. people who have started with sexual activity and need to be safe and cautious to avoid potentially negative scenarios (STDs and unwanted pregnancy) down the road. That being said, there were no studies that aimed to inspect the efficacy of those efforts to promote condom use and determine whether they had any impact.

A study whose findings were published in the journal PLoS One aimed to change that. The main objective of the study was to assess the predictors of self-efficacy for condom use among university students in Nigeria. For the study, researchers enrolled 755 students in Nigeria who were interviewed in a period between February and April 2018. The results of the study are interesting and contribute to knowledge about the sexual behavior and health of healthy young adults in sub-Saharan Africa.

Over 70% of students were between 20 and 34 years old and 80% of subjects were sexually experienced. Moreover, 78% of students stated that religion was a significant part of their lives. Interestingly, 53% of students have never discussed sex-related subjects with their mother and 84% confessed they never talked about this topic with their father.

Importance of the study

Findings from the study can serve health agencies and regulatory bodies to update their campaigns and target high-risk groups such as sexually inexperienced people who are less confident about condom use. These results also show there is a lot that has to be done to encourage young people in sub-Saharan Africa to use condoms and practice safe sex, be open about their sexual experiences, and thereby protecting themselves and others.

Sexually experienced students are more confident in condom use than their inexperienced counterparts. Other factors such as age also play a role. These findings could shape up efforts to promote safe sex practices by targeting those who are at the least likely to use condoms.

As governments, experts, volunteers, development partners, and various other agencies gather across the southern and eastern Africa, for one common cause, it shows just how important it is to mass distribute condoms as a pivotal strategy for controlling STDs.

ESA (The East and South Africa), the home to almost 550 million people, has successfully made notable progress in managing STDs, particularly HIV in the region. Since 2018, ESA has experienced 30% fewer HIV infections as opposed to 2010. As of recent statistics, 1 in 3 women now uses condoms, compared to 1 in 4 in 2010.

Condoms have played a decisive role in preventing STDs, HIV, and unwanted pregnancies in countless countries, including the African continent. The distribution and production of these products have significantly decreased the rates of STDs in sex workers and the general population.

In fact, the use of condoms is now higher than ever. In western African countries, now 30% of the younger population between the ages of 15 to 24 use a condom regularly. Yet, STDs still remain a serious issue for the entire continent.

The Importance of Condoms in Africa

Despite all the programs and positive progress, ESA is still the most infected region with STDs and HIV on the globe.

STDs prevalence rates continue to skyrocket, resulting in a massive increase in STD transmission. The most vulnerable individuals are young women, which account for 25% of the STD infections, HIV in particular. This is where condoms play a vital role in preventing STDs and unplanned pregnancies.

Condoms are a cost-effective method for managing STDs. They have prevented more than 50 million HIV transmissions since the 80s. While 30% of the population now uses condoms, it’s not enough to tackle the epidemic completely.

Despite the affordable condom prices, the funding for obtaining condoms in the sub-Saharan African region has reduced over the years. To tackle the infection rates and reduce them to 500 000, it’s important for the government to remain committed, increase their investment, and prevention methods available for the general population, in particular, support the demand for condoms.

Condoms are a must-have product for the African region. They are effective in managing diseases, but they are also convenient and easy to use, and most importantly, don’t cost as much as other alternatives for preventing and treating STDs. However, right now, there is a huge gap between condom supply and people’s needs. For the ESA and sub-Saharan region, the yearly gap is 3 billion condoms, while the need is 6 billion.

To end the STD epidemic, it’s crucial to lower maternal deaths by 70% for the next ten years. That’s where tackling the supply and demand problem comes into play. At the moment, there are only five manufacturers that produce condoms for the entire African region. That’s not enough to keep up with demand.

In other European, Asian, or American countries, free condoms are considered easier to access. However, commercial ones are considered more appealing, better-quality, and more trust-worthy. People would rather choose a commercial condom rather than a free one. This keeps the private sector in a healthy business environment. But, for many African countries, it’s the complete opposite.

According to statistics, some condom users are more than willing to buy condoms. More than 90% of users in Nigeria will pay for these preservatives, which makes it one of the most important products to invest in. But, the interest in preservatives varies from country to country.

Some regions, like Zimbabwe and Kenya, do have individuals who would pay for condoms, but many of them would rather obtain free preservatives rather than commercial ones.

The reason for that is the scarce funds. Free condoms in Africa, still remain a more popular prevention tool than paid condoms for the majority of the African population. However, the public sector has a limit to providing free condoms, since they heavily depend on donor support.

This is an unsustainable long-term strategy for supplying condoms to the general population, and it significantly hinders the private sector.

With a limited condom production, the regular supply remains a problem for the African region. To keep up with demand, especially with the ESA region, it’s crucial to identify a plan of urgency for manufacturing condoms for the entire population. Local manufacturing is simply not enough to cover the scale of the epidemic.

Firstly, to prevent the onset of potential STDs or HIV, billions of more condoms should be produced. Secondly, if more companies manufacture the same product, it will add more competition to the market and help keep the low prices. This strategy will also avoid a stock-out, improve supply chain management and local procurement.

Thirdly, more companies mean more work, and more work provides more jobs. This kind of environment will promote trade in the entire continent, keep the private sector involved, and save the continent’s currency.

Currently, UNFPA is working with governments, investors, and manufacturers to bring in more developers and partners for the condom manufacturing business in the region and boost the distribution and procurement capabilities.

UNAIDS has already implemented a strategy with ambitious goals to boost the availability of condoms from 2016 to 2021 to up to 20 billion every year. Instead of the current 30% condom use, the interest in preservatives is expected to increase by 90% for both middle and low-income countries.

New developers will make condoms more available for the general population and will satisfy the supply and demand for such products to control the epidemic of STDs. With more condoms becoming available, it would be much easier for the population to access these products and prevent the onset of STDs.